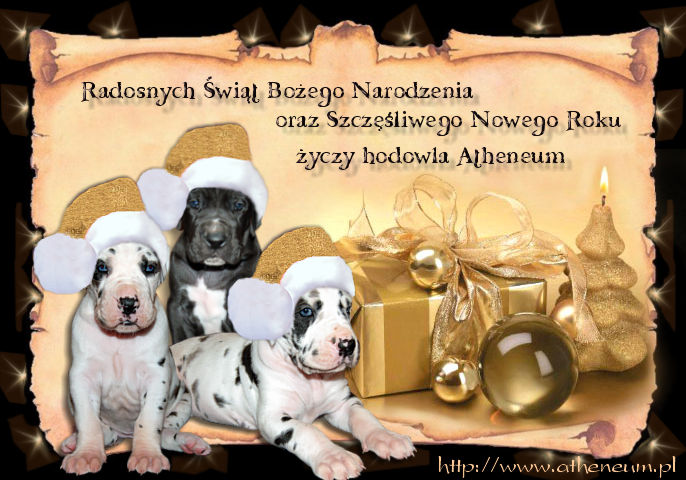 ONLY FOUR DOGS ARE WAITING FOR NEW HOMES !!!
There appeared new GALLERIES OF PUPPIES and new photos in them !!! - You are cordially invited to visit :-)

Puppies from litter "B" already have got their names !!! 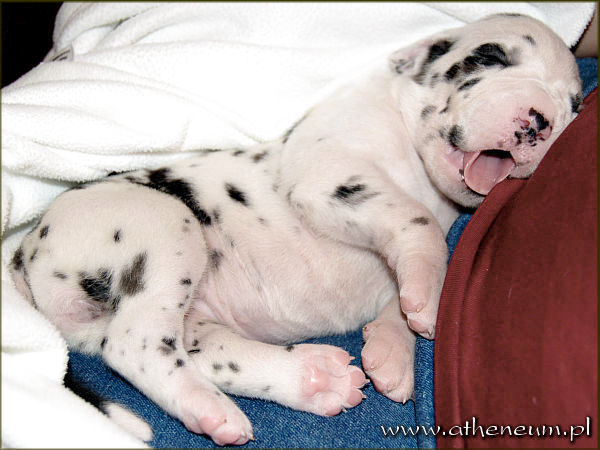 See first photos of puppies from litter "B" Atheneum !!! 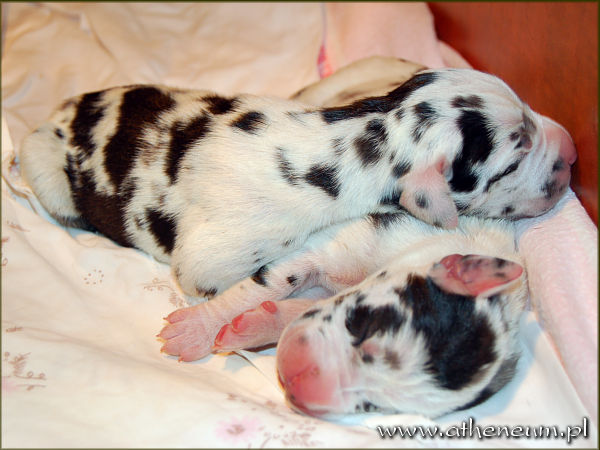 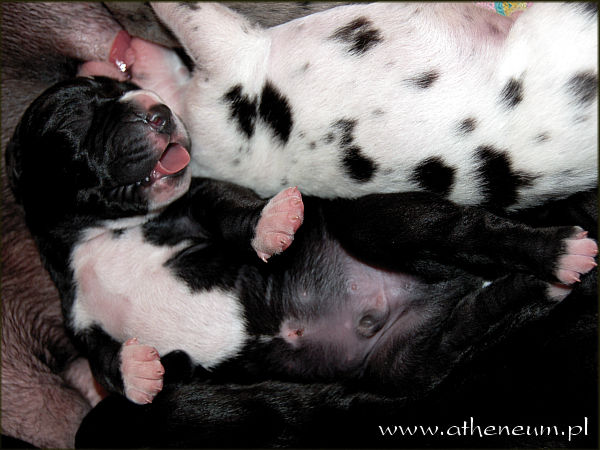 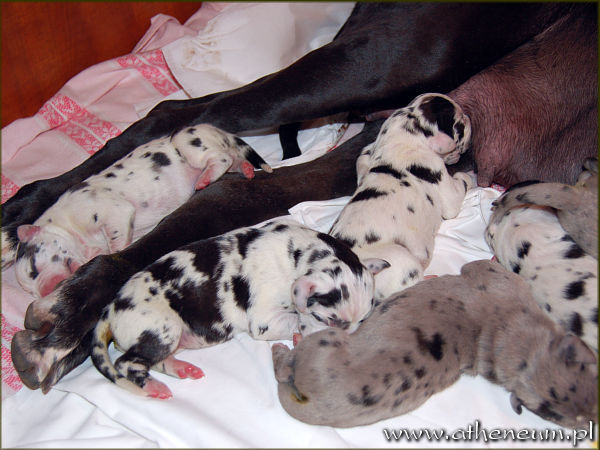 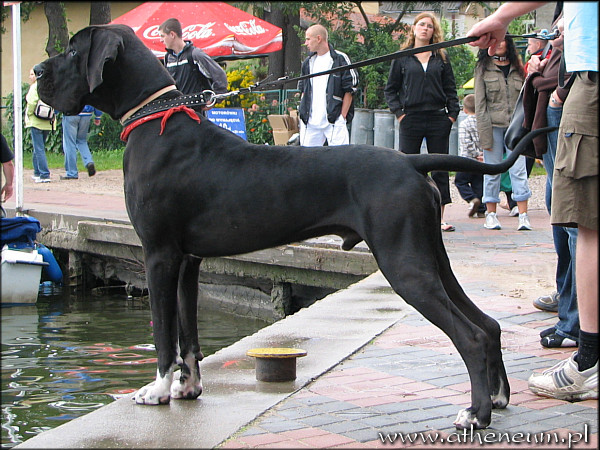 The second POLISH JUNIOR CHAMPION with my kennel name Atheneum !!!

INTERNATIONAL DOG SHOW IN SOPOT
APHRODITA won the junior class and got the title of Junior Winner - This means that she is now Polish Junior Champion !!!

AGLAUROS won junior class and got titles Junior Winner and Best Junior
It is his third certificate and this mean that he is now Polish Junior Champion!!!

Łódź - International Dog Show - the next achievements of our danes in junior class :-)

We started our way to the titles of POLISH JUNIOR CHAMPIONS ;-) 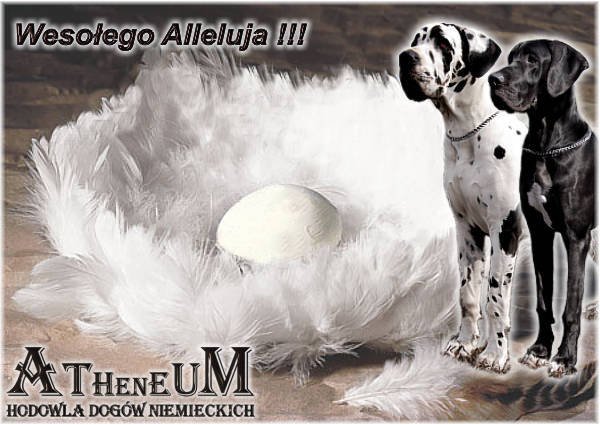 Finally came spring ... and with her new photos :-) Updated in all galleries !!!
Have a look into the SHARED GALLERY of our Great Danes and galleries of APHRODITA, AGLAUROS, ŁAGIEWKA and NEON

In galleries of APHRODITA and AGLAUROS we have added new photos.
I invite you :-))

ANOTHER PORTION OF NEW PHOTOS !!!

Unforgettable moments, sweet kisses, crazy fun in the snow ...
A nice meeting with Alexander, Eva and Radek was recorded in the photos :-)

Have a look into the gallery of ALEXANDER

SMALL REORGANIZATION...
The layout of our site has changed slightly - new sections have been created ...

New photos have been added in the galleries of:
APHRODITA, ATHENA and ADMET

All interested I invite also to the new section FROM KENNEL
In which we will add all information about puppies born in our kennel :-)

AGLAUROS - very promising, although he had no competition in his class again
APHRODITA - defeated the rival and took first place with a very promising note

In comparison Fredka also defeated her brother and won the title Best Puppy :-)) We are very happy !!!

New photos in gallery of ATHENA
I invite you !!!

Every one of them was first and very promising.
In section SHOWS you can see a few photos from great danes ring

In individual galleries of puppies were added new photos of ALEXANDER, ADMET, ANTYSTENES
and in galleries of dogs living together with us in our kennel
AGLAUROS and APHRODITA